Northern lights: Where in Scotland will you be able to see them?

The Northern lights are such a spectacular sight, people often travel to places like Iceland, Norway, Sweden, and Finland hoping to see them.

But tonight you won’t have to go quite that far, as the phenomenon known as the aurora borealis, may be on show in Scotland.

That’s according to the Met Office, who says they could be visible between 3-9pm because a solar geomagnetic storm is on its way.

The further north you are, the more likely you are to see them.

The best views are likely to be in the Scottish Highlands, or in the east in Dundee and Aberdeen where the sky is forecast to be fairly clear.

Glasgow and Edinburgh are forecast to be cloudy this evening, but there could still be breaks long enough to give a glimpse of the lights. 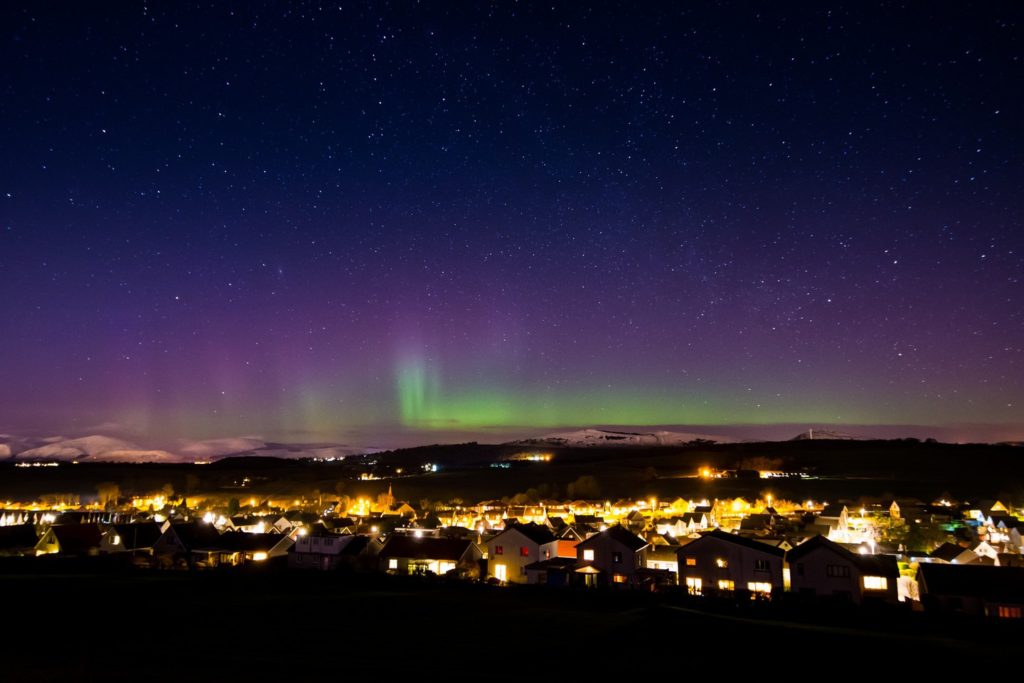 In the past, the lights have actually been seen throughout the UK – even as far south as Kent and Cornwall.

But Scotland remains the best place to see the northern lights in the UK, given its closer proximity to the North Pole.

What are the Northern Lights?

The Northern Lights are created by disturbances in Earth’s magnetosphere caused by a flow of particles from the Sun, and are usually concentrated around the Earth’s magnetic poles.

The southward shift of the lights today is caused by an ejection of plasma, known as a Coronal Mass Ejection from the Sun, which followed a solar flare on Wednesday.

Those at higher latitudes are more likely to catch a glimpse of the aurora borealis said the Met Office, particularly those in Scotland.